Skip to content
Home » film » An interesting article about the history of music in movies. 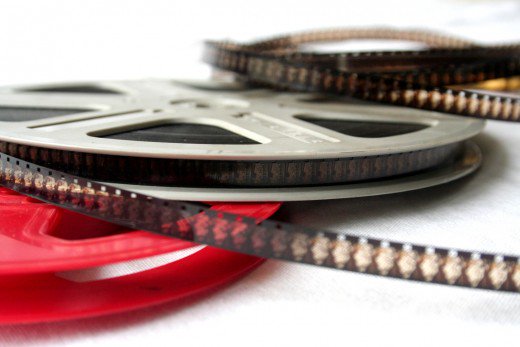 In the beginning, there were the Lumière brothers, who made short moving pictures of normal occurrences: crowds, trains, people in lines. The camera they developed in 1895 captured the first moving pictures ever.

How exciting must that have been?

How, then, did we get from their completely silent, grainy images to our movies filled with and driven by full-force soundtracks?

The artistic movement of Expressionism arrived at around the time that silent films became widely popular. As a result of this, many of the early silent films are either comedies (see Charlie Chaplin) or Expressionist (see The Cabinet of Dr. Caligari, video at right).

Either way, these films would be projected on a large screen in front of an audience. But sitting in silence probably wouldn’t go over too well, and they couldn’t add music to the film itself, so they had live music played at each showing of the film.

This would be anything from an upright piano to a full string quartet, and there would be no written score! That’s right, they made it up as they went along and watched the movie. When Chaplin’s character fell down (and obviously the musicians would get to memorize the films after several performances a day for weeks), they’d mirror that with a similar sound in the music.

They would have some written music sometimes, but it was usually a starting point for their improvisation. The written music would be published in books and was always ripped off from dead or obscure composers. Then there would be a page or two of “Circus Music” that could give the pianist an idea of where to start his improv in a carnival scene, et cetera. It was a fluid type of performing, and each showing of the film would be a bit different.