Skip to content
Home » film » A fascinating story about the preservation of pre-1951 video recordings. 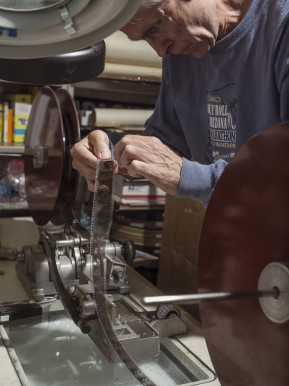 IF THE FILM is rare, highly flammable, and was made before 1951, there’s a good chance it’ll end up on George Willeman’s desk. Or more specifically, in one of his vaults. As the Nitrate Film Vault Manager at The Library of Congress’ Packard Campus for Audio-Visual Conservation, Willeman presides over more than 160,000 reels of combustible cinematic treasure, from the original camera negatives of 1903’s The Great Train Robbery to the early holdings of big studios like Columbia, Warner Bros, and Universal. And more barrels keep showing up every week.